On October 23rd, we attended NIU’s STEMFest, where we were able to show off our rover and demonstrate it descending a set of stairs. 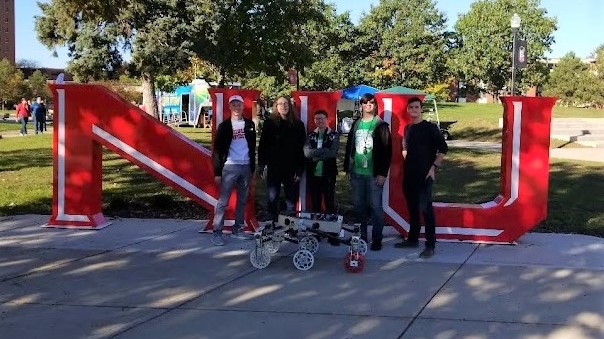 This week the Electrical Sub-team began working on integrating sensors with the soil module alongside science task. They also began python training, as well as continued to work on programming additional environmental sensors. The Mechanical Sub-team began to finish different parts such as the IO box and gripper. The Programing team set up workspaces together and learned about what they are conceptually, and this week we talked a bit about the format of the packages that go inside them. The Science Task Team began getting Phidgets devices set up, working with mechanical/electrical to get the module operational.

And as always, thank you to our sponsors!